Ashley Pearson a former Kilgore College Rangerette and Orange Pride Dancer, and a graduate from Sam Houston State University. Ashley danced competitively with Dancin Bluebonnets from 1998-2003. Ashley provided dance instruction for competitive participants ages Pre-K through high school in jazz, ballet, pom, military, and lyrical, where they received national titles. Ashley then danced competitively and was a dance instructor at The Woodlands Dance Force from 2003-2006. Throughout Ashley's competitive career she received regional and national titles. After graduating from Montgomery High School in 2006 Ashley went to Kilgore College where she was a World-Famous Kilgore College Rangerette. While a Rangerette she performed in New York, Chicago, Connecticut, The Indy 500, Dallas Winter Senators Ball, and many more performances. After attending Kilgore College, Ashley went to Sam Houston State University where she was a member of the Orange Pride Dance Team. While on Orange Pride they won a National title in Daytona, Florida. Ashley has been a guest choreographer at Montgomery High School as well as a private instructor. 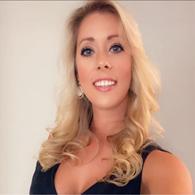