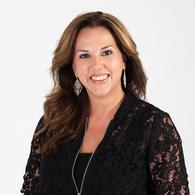 Rana Martin graduated from Texas A&M University, College Station in 2001, with a Bachelor's of Arts in Elementary Education. Her area of concentration was in Early Childhood. Rana has taught for 13 years in both public and private schools. In 2006, Rana was designated as a Music and Movement teacher in Aldine I.S. D., Houston, Texas. Rana created a curriculum that was designed for children to move and learn, all while having fun. In 2012, Rana was named Teacher of the Year at the school where she taught. At the age of three, Rana began dancing at Ms. Rhonda's School of Dance in Spring, Texas. While there, she was also trained by Steven Boyd, Patsy Swayze and Leanna Sparacino. Later, she became a company member to the Sparacino Dance Company in Houston, Texas. Rana is passionate when it comes to education, whether in the classroom or in a dance studio. She feels strongly that a child, no matter the age, must be provided a positive and nurturing environment, in order to grow and thrive.