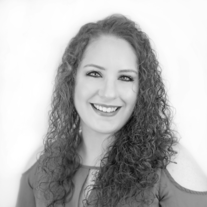 Caitlin Franco graduated with her Bachelor of Fine Arts in Dance from Sam Houston State University with emphases in Choreography and Pedagogy. At Sam she was mentored under Andy and Dionne Noble from NobleMotion Dance, Dana Nicolay with Dana Nicolay Dance Works, and had the privilege of guest dancing for Astrid Von Ussar, Dominic Walsh, Paul Taylor II Company, and Erin Wreck. Once graduated, Caitlin relocated to San Diego where she professionally danced for 3 years. Within her 3 years, she became a soloist for Visionary Dance Theatre and worked with several companies including San Diego Dance Theater, Somebodies Dance Theater, and Blythe Barton Dance. Aside from dancing on stage, Caitlin is equally passionate for choreographing. In 2005 she began choreographing her own solos for competition, which awarded her 3 national titles. Since then she has been personally selected to represent SHSU at ACDFA in 2012 with her piece Let Me Be, and won “Best Ensemble” for her piece Distance Traveled/Distance Remaining at the San Diego Young Choreographer Showcase in 2014. She also has had great success at recent competitions as her choreography has placed in the top overalls and winning several judges awards. Since the age of 3, Caitlin has dedicated most of her life to dance and has never looked back. She trained locally at North Harris Performing Arts under Ken McCullough, Amy Cain, Dawn Dippel, and Randal Flinn. During the time she danced competitively she won several Regional and National Titles for her solos. Caitlin enjoys all aspects of dance, but the one she is most passionate about is…teaching. She loves teaching dancers of all ages and enjoys watching them grow and seeing them fall in love with the art like she has.